I’m reaching out for my mother in law who isn’t exactly tech savy.
Anyway she got a WD My Cloud, which I set up and had it sync her pictures and documents folders via the WD Sync program. It started and everything’s been great for about a week.
I just checked her pc because she called me and the drive is completely full. The odd part is she’s sync’ing about 50GB of pictures and 10GB of files - so the SSD should not be full by any means it’s a 256GB
I checked the drive with WinDirStat and there’s a folder named .wdtemp which is taking up about 150GB of space. This is a wild guess but I was kind of assuming it was the temp sync folder for the WD sync program, am I wrong in this assumption?
And if so would it be safe to delete once all the files have been sync’ed?

Thank you very much in advance for any help and guidance regarding this issue.
Kasper

This can’t be a WD My Cloud, see image below. What device does she have? This is the My Cloud forum.

There still may be someone here who can help you if you say what device you are asking about.

I have the four TB My Cloud and it has a HDD not a SSD.

Find out more about the My Cloud products here, use link below.

I think Kasper means that the PC’s SSD has been filled by a 150GB .wdtemp file, possibly generated by the WD Sync program.

See the User Manual Chapter Four. Use link below.

and from Chapter Four: For more information on using WD Sync, see the online Help in the WD Sync application on your computer.

[looks through manual for references to .wdtemp]
[finds none…]

I don’t use WD Sync, but maybe you do and can answer his question.

In the mean time I am still trying to help find him/her an answer.

Suggestion, if you are on a Windows PC do a right click on this folder and see what information you can find about it. Check Properties if it is available.

If you can, snip a image of what you see, and post it here.

Okay. We just have different ideas about what is ‘helpful’, then.

Posting links to the user manual for someone who has already got the app running, and where the manual does not address or mention the cause of the problem is not helpful, IMHO.

I don’t use WD Sync, so I can’t help diagnose the .wdtemp folder problem.

My suggestion would be not to use WD Sync, but to use a dedicated, established tool such as FreeFileSync, which appears to be a loss less trouble and less restrictive than WD Sync.

If I look at someone’s profile and see they just joined I like to add the User Manual in case they have not looked at it.

Thank you everyone for your replies.

It is indeed the SSD on the PC that’s filling up, the WD Cloud device is fine.
The issue is that I suspect the wd sync program made the .wdtemp folder on the PC’s SSD and it is growing in size.
Here is an album with the WinDirStat window showing how much space it is taking up on the harddrive and one showing the properties of the folder. 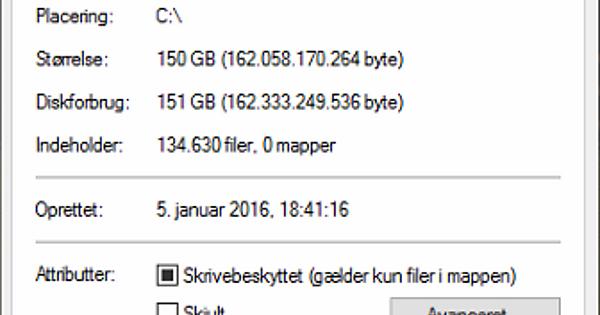 I am afraid that the manual is of no use to me.

I hope this clarified things a bit. I may have been hasty in typing my post. My apologies.

Edit: Also the files in the folder are just named something random like 29ff2-2930fksl-2f92 or the like.

I think (but I could be wrong) but the WD Sync program does versioning (allows user to have older versions of the file available) and deleted synced file restore. As such its possible the .wdtemp folder is where the versioned files are stored and how files can be restored if deleted from the sync folder. From what I remember (I don’t use WD Sync) one could at least control how many if any older versions of a file are kept. Perhaps disabling that option will free up the space.

The other solution to this is, if one has a second hard drive in the PC as a data storage drive to compliment the main SSD drive holding the OS, is to change the WD Sync folder from the SSD drive to the secondary data drive within the computer. That way the .wdtemp folder as it expands with data won’t take space away from the usually small SSD drive containing the OS.

@Bennor Thank you for your reply. I have considered that option, unfortunately the person in question doesn’t really want to spend the money for a secondary hard drive. At least not now, when I mentioned it to her she did not sound happy.

Yes. The .WDTemp folder IS created and used by the WD Sync program.

I believe I have an explanation for the cause, which hopefully will contribute to a solution. I have a similar problem with the WD Sync program filling the .WDTemp folder with what at first appears to be random files. In the first 30 days of use on my system the .WDTemp folder on my PC contained 87,000 files for a total of 500GB (these are not typos), and my PC ground to a halt until I deleted all these temp files. I’ve done some testing since and here is what is happening. WD Sync is unable to sync about 10 of my music files (reason unknown), each about 6MB - I know they are failing sync because WD Sync announces each failure using a dialog box. I have determined that each time it is unable to sync a file, it creates a copy of the file in .WDTemp, with a random long alphanumeric filename; looking inside each file I can see that it is a complete copy of the original music file. WD Sync then attempts to resync the failed files every minute or so, and on each failure it adds a new copy of each failed file to .WDTemp. You can watch this happening by leaving the .WDTemp folder open and watching files rapidly filling the folder. In my case, there are 10 unsync-able music files at about 6MB each, so blocks of 10 files get created every minute or so in .WDTemp. To prevent this, I have stopped syncing my music files until a solution is found. I have created a support case and will share whatever I learn.

(I found this because FileZilla was taking half an hour to start up. ProcessMonitor showed it reading the .WDtemp folder.)
Is there any documentation that says “sure, go ahead and delete this if you want”?

You can always dump using WD Sync (and in the process delete the .wdtemp folder) and use FreeFileSync which was previously mentioned in this discussion.

Hi there. I just found the file that WDSync tries and fails to synchronise (in my case “family_tree_builder_8199.exe”). Though, it won’t help to delete this file only on the side of the computer. Don’t forget to also delete this file or parts of it on the MyCloud-side too, otherwise WDSync will start running itself to death again, blocking your LAN or WLAN with this. It tries to synchronise the file back to the PC.

Hope, I could help.

Hats off to you. The .WDTemp folder and failed file syncs was indeed the cause. There were 3 files all inside iTunes that’s inside my MUSIC Folder. I stopped syncing Music folder to avoid the download.app file and deleted 400GB from this folder. No more sync errors and all kinds of space on my HD. This just happened after a recent BKP of my iPhone. WD is choking on the files.

Every time the download.app file failed it created a 622,000KB file - this was every few minutes as it cycled past the 3 files it could not sync for whatever reason.