Having problems with a slow connection?

Hallo all
I recently got a 4tb my cloud and had it set up in connection to my extender: 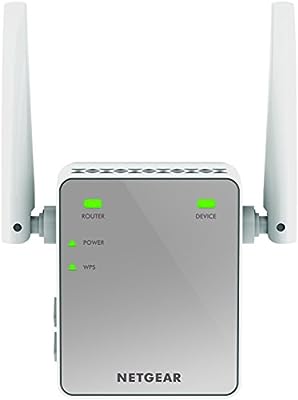 At the moment I am moving all the files from my hard drives onto the cloud but it is going awfully slow, which is interesting since both, router and extender have a high transfer rate. According to some fourms I have read, such as:

Before you pack up your WD and return it, let's talk about Copying Speeds! My Cloud

This post has taken almost 6 hours to type up (I began about 5pm and finishing about 11pm) and my main reason for doing this isn't thatI'm a staff of WD but I wouldn't  hesitate to take any under the table money if offered, is that after having bought my two WD Cloud and MyBook, I really wanted to share my love for the devices by giving back to the forums. Currently the two drives are sitting on the bookshelf with Book Covers ( yeah they look like books), probably sleeping since I haven't acce…

But I looked and there are not many devices connected to it, ok maybe 5 different devices. I also have a large distance between the two devices. At the moment the network is sending information at 1mb/s. I just wanted some help on how I can improve this situation since when I am sending data no one can use the network from that extender.

I also have a large distance between the two devices

Long distance and wifi don’t make for high data transfer rates, due to weak signal, and the need to reduce data rate to get enough energy per bit that the data can be recovered. It may also cause a high packet repeat rate due to high error rates.

The answer is to move the devices closer, or use a wired Ethernet connection, or wired extender.

So would the best way to have an ethernet cable to the router and then one to the My Cloud.
I was also wondering if there is any way I could cut out the middle man (router).

I was also wondering if there is any way I could cut out the middle man (router).

The My Cloud is a network attached storage device. It MUST be connected to the local network using Ethernet to either a router or a switch/hub.

The most optimal way to connect to the My Cloud to achieve the fastest speeds is to use Gigabit networking and equipment where ever possible. If possible connect the computer and the My Cloud to the same Gigabit router using Ethernet wire. WiFi inherently adds some overhead that slows the connection. Extenders like the one you are using likewise add further overhead that slow the connection. The “advertised” connection speeds are almost never realistically possible to achieve outside a carefully constructed laboratory environment.

To make matters worse some WiFi extenders will actually cut the speed in half of any device that uses the Extender connection due to using a single WiFi channel within the Extender to transmit and receive the WiFi signal from the main WiFi router. Generally it is better, when possible, to run an Ethernet wire to a second or additional access point(s) to extend the WiFi network rather than using wireless WiFi extenders.

What are you trying to do at the moment? Move files from PC to MyCloud?

You can connect the MyCloud directly to the PC via Ethernet cable.

What are you trying to do at the moment? Move files from PC to MyCloud?
yes

Why is the MyCloud connected via an extender? Why not connect it directly to the router?
I needed to set it up there in order to allow me to sleep. The machine made to much noise

sorry, was meaning to reply to you