I’m looking for a recommendation for software to run on my iphone that will connect and see files on the My Cloud and then cast them to the Google Chrombecast audio I have connected to the music system. I have been ripping my CD’s to .WAV format

I’m currently using FileBrowser, which I paid around £6 for
I dont like it much, all the music files are shown in a folder listed alphabetically by album name. I cant search or group by artist.

anyone got a similar setup? What works for you?

I dont like it much, all the music files are shown in a folder listed alphabetically by album name. I cant search or group by artist.

How is your music stored on the MyCloud? Is it in a hierarchical structure, e.g.

If so, then it appears that you are not seeing the file server using FileBrowser, but possibly looking at one of the DLNA media server views.

If not, and your music is simply stored as a flat structure:

then the problem is with your file system hierarchy. A file manager doesn’t usually present different views based on the metadata (unlike a media server), which is what you need if you want to be able to browse by different criteria.

I’ve used FileBrowser on an iPad, and recall it to be pretty good, as file managers go.

Of course, it could be that FileBrowser has been dumbed down to the iOS “you don’t need to worry your pretty little head about where files are stored, your clever iThing will do that for you” model. I liked FileBrowser because it behaved like a real man’s file manager, presenting a file system hierarchy that I could keep track of, and put things where I wanted them, not where the Ghost of Steve Jobs thought it would be a good place to put them.

Hi there
Thanks for your thoughts.

My cloud is my fist NAS and its only been running for two days. So a lot for me to learn

Currently my file structure is Album/track as this is how my ripper chucks chucked them on the drive. (I’m working through several hundreds albums so looking for a simple solution here)

I like FileBrowser for all the reasons you just listed. (Actually I think you and I have the same attitude to this kind of thing). But for music it’s a bit limited.

However from your thoughts I extrapolate that I am in fact looking for a media server app then.
Anyone got any recommendations ?

Currently my file structure is Album/track as this is how my ripper chucks chucked them on the drive. (I’m working through several hundreds albums so looking for a simple solution here)

That’s why you’re seeing that structure with FileBrowser, then…

Change the settings on the ripper, to tell it to save with a more complete folder hierarchy. Most rippers will construct a file path from metadata tags. I use EAC.

Most media managers will allow you to automatically re-organise your already ripped media into the better hierarchy, using the metadata tags to create the file hierarchy. MediaMonkey and MusicBee certainly will (‘Auto-organise’ and ‘Edit/Rename’ are the respective functions).

I guess you’re used to using a media manager/player, like [spit]iTunes[/spit]? Which would allow you to browse your collection via metadata tags.

The MyCloud includes the Twonky DLNA Media Server. You’d need a DLNA client app. They’re a bit thin on the ground in the iOS world, because DLNA isn’t an Apple standard, and is a competitor to AirPlay… They do exist, though.

“I guess you’re used to using a media manager/player, like [spit]iTunes[/spit]? Which would allow you to browse your collection via metadata tags.”
nope, Im used to opening the CD box and popping it into the CD player.(Hate itunes but thats a rant for another day)

been using a fairly crappy ripper, where I would have to input file structure manually for each CD.
just looking at EAC. setup is nice. but I dont understand why it needs an email address just to download the CD track details?! not sure I trust it with my email at this stage.

currently searching for “DLNA Client iphone chromecast audio”, thanks for the hep. not found one yet…

but I dont understand why it needs an email address just to download the CD track details?

It doesn’t. You can skip that, or enter a dummy address.

I’ve been using it for years, and it is widely used. I’ve never had junk mail as a result. Google it if you’re worried.

DLNA, Chromecast and Apple…? You want an iOS app that supports two standards that compete with Apple protocols…? Welcome to the walled garden…

It doesn’t. You can skip that, or enter a dummy address.

I did, and now its asking for a GD3 login and password. perhaps I can trust it, Im just a little hesitant about giving away my details.

DLNA, Chromecast and Apple…? You want an iOS app that supports two standards that compete with Apple protocols…? Welcome to the walled garden…

yup feeling that way at the moment!

I’d never heard of that, so I googled. Looks like it’s a metadata service, possibly commercial.

I haven’t updated my EAC for a while, but it uses freedb for metadata. I think there may have been an option to use another metadata service. You can probably tell it what metadata service to use. Looks like it’s an option:

Exact Audio Copy (EAC) is a CD ripping program for Microsoft Windows. The program has been developed by Andre Wiethoff since 1998. Wiethoff's motivation for creating the program was that other such software only performed jitter correction while scratched CDs often produce distortions. Exact Audio Copy is proprietary freeware, free for non-commercial use. It is written for Microsoft Windows. It has also been tested to work under newer versions of Wine on Linux. EAC is used to convert the tra...

You can probably tell it what metadata service to use

So you can! Thanks for your help, have swapped it to a free one

FileBrowser is great, but the same company makes an app called MusicStreamer that is fantastic for playing music on an iOS device. I use it ALL THE TIME on a spare iPad to CAST to Google Home and Chromecast. Here is the link. There is also a lite version, pass on that version and get the full featured one. 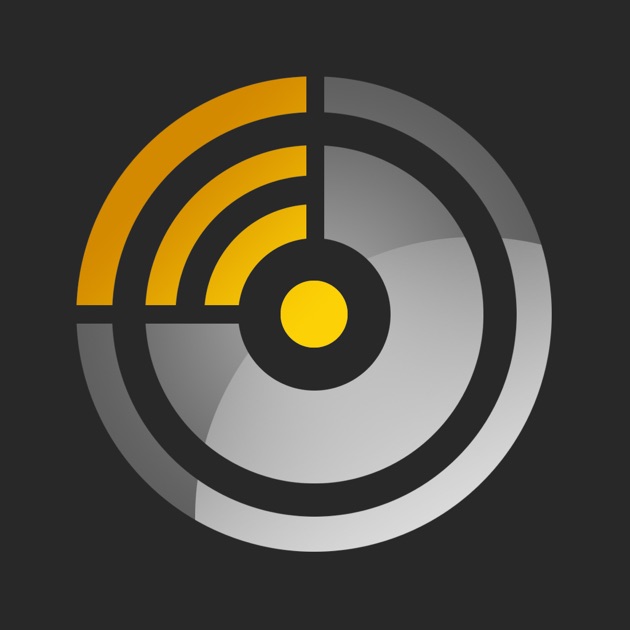 MusicStreamer on the App Store

thanks for the tip. I have downloaded the Lite version and it does look great.
But I cant find anywhere on it to cast? where is this control hidden?
Im using Chromecast audio. Are you able to confirm that the full version is compatible with Chromecast audio?

cant find a working volume control yet. But liking this app so far.
Correction found that too now.
Yup this apps a buyer. Many thanks Mike

Spend a few days working with the app it has a lot of features.See main website for feature set.
https://www.stratospherix.com/

Hi Mike, and for the reference of anyone else searching this forum, the lite versioni of this app appears to have full functionality, including casting, which is great for trying out all the features. the only limitation I could find was that the lite version only let you see 25 albums and 200 tracks.
I have now been running the full version for a few days and I am very happy with it.

Thanks again for the tip Mike

Glad it’s working out for you. I only ran across this app a few months ago even though I had used their FileBrowser app since I got my first iPad in 2012. Soon as I read about it at the website I knew I would like it as I had just purchased two Google Home devices and had a Chromecast connected to TV and stereo collecting dust until I began using it with Music Streamer.

I have a lot of music; over 1000 albums and over 13,000 tracks, and this app is built for large collections My favorite way to use the app is start with a blank queue, and then select to add 10 random tracks to play. Easy to delete what i don’t want to hear. I can keep adding 10 more random tracks. But I recently discovered in the control that can loop the list again that If I keep tapping that control a die will appear indicating it will add a new random track after a track completes. and this could go on forever if I wanted it to, and have done this throughout a day of continuous music playing. I like this feature a lot. So much so that my first iPad has been retired to mostly being my Music Streamer player and my new iPad is free to use for whatever.

hey buddy! but why it was working smooth on my iPad Pro when it was running on ios 10 however as I have updated to ios 11.3 whenever now I am opening the app it only loads a blank screen on the start up and crashes after a while automatically. How do I fix it?

My iOS devices run fine on iOS 11 to to do the above tasks, so I have no idea why you are having issues. Did you uninstall and reinstall the apps you are using? Otherwise suggest you contact Apple.