Hello, I hoping someone can help me please?

Yesterday I received a 16td PR4100 and I’m having a bit of a nightmare setting it up.

A bit of background, I’m a big music fan, I have a large collection of music which is currently located on an old HP Media Server, my collection (3.85tb) has exceeded the internal storage and Microsoft and the antivirus companies no longer support Window Home Server.

To access the music I use various Slimdevices Squeezeboxes throughout my house, I did some research and found that there’s a Slimdevices app supported on the PR4100 so I thought it was a suitable replacement for my old server.

Fast forward to yesterday, I received my 16tb PR4100, I had various problems getting access to it, registering it and setting it up. I eventually had it up and running so I decided to set it up for my requirements before putting anything on it. I changed it to RAID 1, not a problem I thought, yes I lost half of the storage but I have 7.87tb left more than enough for my 3.85tb music collection and redundancy. I was then asked to update the firmware which I did, I was then asked to update the operating system to OS5, which I did.

Now the problems start, I go to install the Slimserver app, it’s no longer shown as available in OS5, which is obviously a major setback as that was the primary reason I chose the WD PR4100. Why does OS3 support the app but not OS5???

I then decide to transfer my music library into the music shares folder via FreeFileSyn only to be told it cannot be transferred as there’s not enough free disk space available, I require 3.85tb and there’s only 3.54tb available, what???

Can any help me out here please, or have I just purchased a £800 paperweight?

The reason your Squeezebox app is not support is likely because it was was discontinued back in 2012:

It is up to the App developer to update their App to work on the new OS.

Your issue is with Logitech, not Western Digital.

I recommend you look at PLEX or DLNA as possible solutions to your home music situation.

As for your hard drive storage issue, what other data do you have on your NAS? Let’s start by getting a screenshot of your hard drives, here is mine:

Please post the same screenshots from your NAS. We’ll start there!

Thank you for your reply StrokeGuy2016

There’s nothing on my PR4100, I’ve added nothing yet

That’s the issue right there!

@C4rl was there some reason that you did that?

Can you redo it as one RAID-5 using ALL four disks and only ONE volume?

Also, make sure your PR4100 is setup using a static IP on your local network.

Not the default DHCP.

And in Settings -> Network, try:

This fixes mapping and discovery issues in some scenarios.

Thank you for your additional replies

I don’t know how or what’s happened, please excuse my ignorance on the matter I have no experience of RAID.

I changed it to RAID 1 and followed the instruction so I don’t know what’s happened.

StrokeGuy2016 I selected RAID 1 because with 7.87tb left which is more than enough for my 3.85tb music collection and I would feel a lot more comfortable with having a second backup of my music collection than having a lot of storage that I would not use.

As I have not added anything to the NAS I assume I can change the RAID 1 again??

No worries, glad to help.

Since you say you have not added anything to the NAS yet, I recommend redoing your drives as RAID-5 using all four disks. This allows one disk to fail and the array can still function while you get a replacement drive.

RAID 5 consists of block-level striping with distributed parity. Unlike in RAID 4, parity information is distributed among the drives. It requires that all drives but one be present to operate. Upon failure of a single drive, subsequent reads can be calculated from the distributed parity such that no data is lost. RAID 5 requires at least three disks. In comparison to RAID 4, RAID 5's distributed parity evens out the stress of a dedicated parity disk among all RAID members. Additionally, write p...

Backing up to the same NAS is not recommended. If the NAS fails or has firmware problems after an update, it takes out your backup as well. Better to buy an external USB hard disk, attach it to your PC from time to time and backup to that instead.

When you change from your current dual RAID-1 setup to a single RAID-5 setup, you will lose ALL your data on the NAS. Be aware of that.

When you are ready, go ahead and Modify/recreate your setup as RAID-5. Then sent us a screenshot of the drives like before, so we can confirm it.

While you’re doing that, visit here:

Free movies and TV plus all your personal media libraries on every device. Master your Mediaverse.

PLEX allows you to host a home media server on your NAS. And you can access it from outside your house too. And they have a cool iPad/iPhone/Android app to locally or remotely access your music:

A beautiful, dedicated Plex music player with tons of goodies for audiophile purists, music curators, and hipsters looking for their next aural fix.

PLEX is another topic, of course.

Note that PLEX is free. But, if you want to access it from outside your house or do movie transcoding, you’ll need to buy a PLEX Pass. Like most people I bought the Lifetime PLEX Pass for $120.

Anyway, let’s get your RAID-5 going!

Thank you for your continued support StrokeGuy2016 its very much appreciated

Now you have lots of space.

So for a backup solution, you want some other storage outside the NAS.

You could try this: 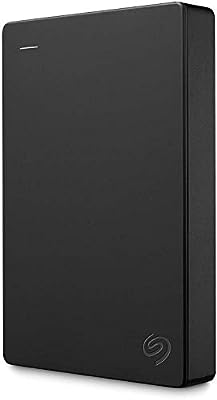 Attach it to your Windows PC (I assume), and run RoboCopy at a command prompt:

Where M:\ is the M drive mapped to your music share and S:\ is the backup USB 3.0 drive on your PC.

The /MIR parameter means Mirror. So if you deleted (accidental or otherwise) a music file from your collection on the NAS, it would also be deleted from the backup.

Just be aware, or remove that parameter.

FreeFileSync might work well for you too (I see you used that originally):

Download FreeFileSync 11.3. FreeFileSync is a free open source data backup software that helps you synchronize files and folders on Windows, Linux and macOS.

And there are others.

Anyway, its always better to have more storage space (11.8 TB) than you initially need.

Once again thank you

Anytime. Glad I could help.

I have a PR4100 and know that this is likely not the spot for this question, so in advance my apologies

One of my drives failed a couple yrs back, no big deal WD shipped me a replacement and I simply let the OS rebuild. Here’s what I don’t understand. While I was using the device populated with 3 working drives I was writing data (IE. TM Backups etc). When I added in that good forth drive how does it ensure that the data (as well as the CRC) is distributed across the full array?

I assume you were using RAID5 with a parity drive, the extra parity info means that so as long as a second drive doesn’t fail, everything will keep running like normal

I understand that. in RAID 5 on a 4 disk away data would be written as D,D,D,C then D,D,C,D, then D,C,D,D etc where D is data and C is CRC. Now drop a drive and the OS will calculate the missing data. But as I write new data onto just the 3 Drives does it do D,D,D or D.D.C and then when the new drive in added back in what’s the process. Now that I write this I but its just D,D,D while in a 3 disk set, and it queues the CRC for the 4th drive when it arrives. My understanding is the the CRC is spread out over the drives in a round robin to improve read in the event of a failure. Otherwise if a pure data drive failed then the OS would have to calculate the missing value based on the CRC for every call