Just received my replacement DS6100, unfortunately the previous completely died so I lost everything since I returned it as a bricked unit.

Replacement comes with software version 2.2.11.19 which is newer than available and also has 500GB boot drives instead of 320GB so the upgrade has helped with me starting fresh.

Any who, before I start setting up this new device I would like to make a couple of upgrades and question something that has been asked before but I just want to confirm it is still the case.

Does the 3rd Ethernet port have any use yet?

Anyone got any recommendations on another 16GB of RAM and 2nd PSU? (UK)

Lastly, I was going to put 2012 R2 DataCenter and make this my main server if I get the 32GB ram but with 2016 on the way very soon I am tempted to hold off, either way has anyone done this with a clean install?

If anyone has done this, what problems did you have (if any) and did you manage to get all the drivers you need?

I am hoping to have 2016 with a couple of VMs for SQL 2016, Web Server and then if I can a 3rd VM (likely Linux) for Plex with the data/media on a NAS. Don’t really want to mix work/play but I use a HP N54L with XPEnology (Plex Plugin) and it is starting to struggle now.

Hi MK! I think I’m getting to know this unit better than anyone at WD!! Please ask any questions, I’ll be happy to help if I can.

I added 16 Gigs of RAM and it works perfectly. I did alot of research and this was the RAM I selected, I assume you can get it via their Website, like I did.

I think I’ve accumulated all the drivers you may need, ask away and someone (mostly Gramps, he’s the best) will help you.

I talked to a guy who loaded Server 2016 on the DS6100 and he said it was VERY fast. I may wait and try that later when it is official. I hope WD will give us an upgrade path.

I think you will need the raid drivers to load something different and the fans run on high I hear. If you install the essentials role you get the dashboard and all the wd stuff might work with the files
try these 2 links whenever

Thanks to you both!

I will take a look for for the Kingston RAM you mentioned, my previous WD had ;

I might look at upgrading the fan also, mine is going to live in the garage so sound isn’t an issue for me but if it improves the temps I would consider it.

Do you know if you can upgrade Server 2016 from the TP5 to final release once available? I should be able to get it via my MSDN account so could do the upgrade now. I don’t know what drivers I would need though until I upgrade and see what is missing.

Thanks @Gramps for the links, might take the gamble and go Server 2016 tonight whilst it is a fresh machine 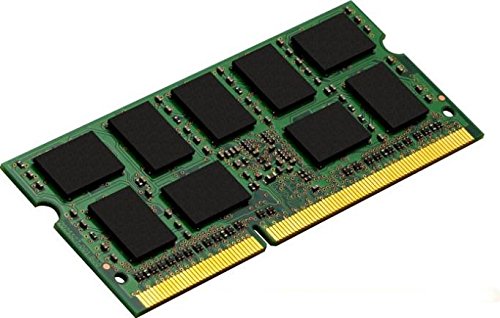 I have gone for 2 sticks of these

Don’t know none of the Server TP have upgraded so far, just fresh installs. That said the Essentials TP SKU I think DOES upgrade.

August is the release date I think so it might be worth waiting another few weeks. There isn’t anything I need in Server 2016 but just makes sense to have the latest if I am building a new host.

Have I ordered the correct memory? There were a few different versions, 8H, 8HB & 8KF. I went with 8HB which you linked.

I talked to a Kingston guy on the telephone, and he explained the differences, which I forgot, but he said the one I got was the correct one for the DS6100, and so far it has worked perfectly…

Let us know how formatting with 2016 goes, if you try it.

I can only see essentials on my MSDN subscription for 2016 TP5 so going to wait for a different version,not sure if MS have changed anything with features across versions.

I will definitely try it and update. I have 2016 Essentials running on a VM, seems quick enough and the VM is dual core 4GB RAM.

One of my boot drives sounds like it is about to die, starting to think this might have been a refurbished unit which wouldn’t bother me in terms of it being a RMA but I would prefer to have kept the 320GB drives I had instead of this 500GB one that sounds like a squeaky bike wheel that needs some lubrication

I have 32GB RAM now though so the model you recommended seems to be working perfectly.

Not sure what to do about these boot drives, I don’t think they should sound like this so wonder if I can RMA just the 1 and then rebuild the RAID when the replacement arrives.

Failing that I might try pick up a pair of 250GB SSD drives.

Well good. Let me know if you have any questions on the Essentials role. Not really much different than 2012R2. May have better integration with Azure if that floats your boat.

Yes, you can pull one drive, it will run with just one, but it will complain constantly!

When you get another it will rebuild the new drive, but it takes 2-3 hours.

I was/am thinking of upgrading the OS drives to a better/faster drive.

From looking at the specs and so forth this looked like the one to try… My only concern is how it would work with the RAID card, WD software, etc.

I ordered a black drive for mine way back thinking that would be the ticket without looking. What mine actually had was an AV drive. If I remember correctly it did work but complained it was not the correct drive so I took it out. Now it complains that the drive is missing.

All that said if you are going to load 2016 and use storage spaces it does not matter much. I think you will need to sort through those files I sent to slow the fans down

But, IMHO, you normally are not rebooting a server a lot and slow drives do not matter a lot. But if you are going to run VM’s you might want to get a big ssd for them.

I have downloaded the dropbox files you sent, going to see how 2016 handles the drivers from clean install then see what it is outstanding.

I agree with your opinion about speed, VMs will be running on the OS RAID but data will be on the 12TB RAID5 so speed should be more than enough. I will only need about 75GB for each VM and can’t see me having more than 4.

I just want Exchange, Skype, SQL, IIS and then a couple of Linux VMs running Ubuntu or CentOS.

I have just backed up the 15GB recovery partition to my SSD, is this all I need should things go wrong?

There is a setting in the EFI/BIOS that controls fan speed via temperature of the CPU:
Advanced --> Platform Thermal Configuration

If you load 2016 and the fans run wildly, perhaps you can fiddle with that setting?