Why has the price of the WD TV gone up by several hundred dollars?

Why? Are they becoming the most valuable media streaming device on the market?

Simply because of supply and demand: The device has not been made for quite a few years, and the prices you see are set by RESELLERS, (not WD) of used and maybe some new ones around. Market forces set prices. If WD ever makes the players again, this nonsense will cease.

Of all the media streaming devices I’ve tested, WD TV seems to be the best that is out there…

I certainly hope that WD decides to start making them again.

Yes Joe, it will happen. It may not be this month or next. If you’re in any way able to wait, I strongly advise that. In my estimation, the panic that is currently ensuing, illustrated by the prices you describe, well that’s how these things work, as mike says. But eventually that same panic causes a good thing to happen - Western Digital putting it back into production - yes, maybe with a 10% price increase - if that happens it’s natural after a hiatus. You’re right WDTV is the best (even if it’s a bit buggy now and then) 'cos it’s the best in terms of modest price/sharing/formats/image quality.

And, I just hope they make it a gigabit, dual-band wireless AND wired media player only. Forget making it also a dummied-down, lame and lousy Roku wanna-be media streamer. Just leave that to Roku , (Chromecast, Fire TV etc.) and make a modern and quality media player.

Certainly. Wired is the smart option. The unit you’ve just described is the giant gap in the market that WDTV could be the world leader in - everybody likes its quality in that function. That’s where it beats all its opposition, STUFF the junkware that Roku, Fire, etc., are fighting over. WDTV could, and should be, a discerning, affordable, grown up media player. And they could reinvest some of the profits they would make from that into giving it a metal outer, thus advertising a quality unit as a quality unit, and not a toy!

I forgot to mention to keep including a quality analog audio out connection for those who still have quality stereo amps to plug audio into as well as the digital audio formats people want as well. I can currently send stereo audio out into my amp, OR use the HDMI out of Live Plus to send both video and audio to my TV, (and audio from TV into stereo).

Same here. I’m using HDMI for a better connection and therefore sound by the time it comes out of the amplifier. The sound is just great. But what you’re saying is ALL about quality and that’s where WDTV should be, who cares if it has to cost £99.99, I think people would be alright with that and it would be great to see this community, which already gushes - sometimes - over WDTV (and we’ll see more now you can’t get one) could be a great advert in itself. I mean, I notice the slagging off of WDTV is rarer now that there are more knowledgeable people willing to visit regularly and help people as much as they can. Such as yourself, Joey Smyth, (and I?) etc., etc.

What I like MOST about the WD is its support of the file formats, and, now that I’ve started using Mezzmo, it’s ability to search my local media server for matching titles.

I can honestly say, that compared to the Samsung, Sony, Roku, and Logitech media steaming devices I’ve purchased (and have sitting in my closet) this one is the best.

I’d be happy if WD removed ALL of the online streaming functions (except Netflx-that actually gets used) and just gave us DLNA that would be totally sufficient.

If they would also add Amazon video on demand that would be a plus.

Yes. I hope Western Digital are watching. It’s a shame these comments aren’t under a heading that could ensure their attention! We’re right, is why! There’s always a chance they’ll see, I feel certain WDTV is under review, so probably…

I shared this post on another thread, but probably worth repeating here.

I recently purchased a certified refurbished WDTV box on Amazon for about $60.00. Even though they indicated it was out of stock, I placed an order and got one with 1 week. The unit has worked perfectly for the past several weeks. I only using it for streaming from my NAS. I use Roku and Amazon Fire TV Stick for getting to Netflix, HBO Now, Hulu etc. The WDTV box is the only device that handles AVI files other than using Kodi on the Amazon Fire TV stick or an Android streaming. I bought the refurbished unit from Amazon because I wanted to make sure I had a viable backup to my other WDTV devices in case one of them failed. 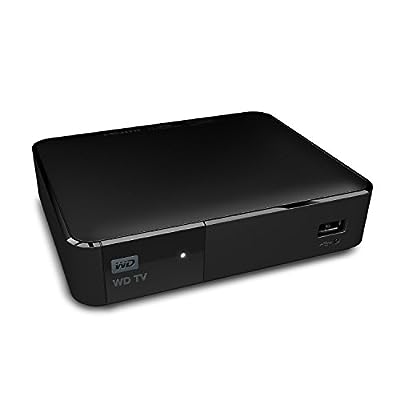 Still I would have liked WD to be manufacturing newer models of this device rather than discontinuing them. Western Digital is still showing WD TV on their main web (Not the WD Store): http://www.wdc.com/en/products/products.aspx?id=12701 I share the sentiments of others here that I would like Western Digital to make an upgraded version of this box.

Thanks. I did the same thing (purchased reburbished) for my parents to set them up with a media streamer.