Why would I want to use a PiDrive vs. a Passport Elements?

The Passport is cheaper than the PiDrive per terrabyte
The Passport comes in an enclosure, you have to pay extra for a PiDrive enclosure

I would assume that the 3amp PiDrive power kit (the wall transformer, USB cable, and special Y-cable to connect to the Raspberry Pi) would work with the Passport just as well as with the PiDrive. Is this correct?

The PiDrive might use slightly less power than the Passport per its design, but if the PiDrive power kit is sufficient to power the Passport, who cares? As I understand it, the Passport goes to sleep when not actively in use, so that feature should take its power consumption to a low level.

My plan is to use this drive with a headless Raspberry Pi3 to run a personal cloud for the family. Raspbian, Nginx, PHP7, MariaDB, Redis, Nextcloud, SSH server, VNC server. I have this already setup and running smoothly with everything currently being stored on the MicroSD card (including users cloud files). Next step is to add an external drive to increase cloud storage capacity.

I have other questions. This family cloud setup will be powered 24x7. It will receive light hard disk usage, but I want it available 24x7. Does the PiDrive go to sleep, but then wake up on activity? Ditto - same question for the Passport? Can I count on either of these drives to remain mounted and accessible over long periods of time (albeit with a start up delay on first access after sleep)? What is the max amps a PiDrive (the 1Tb model) will draw? Ditto - same question for a Passport Elements (probably the 2Tb model)?

So, back to my original question: Why would I choose a PiDrive over a Passport for this application, or vica versa? Even a My Book should work as well, given its included separate power supply. Another option would be to buy a Red drive that is designed for NAS storage, and put that into a third party externally powered and cooled enclosure.

Which of these drive options would be best for my intended 24x7 usage?

Thanks in advance for any help or recommendations!

I think your only issue will be power. The RPi has limited power available on the USB Bus. That is the benefit if the PI drive, it’s been tweaked to use a lot less power. You might be able to get the Passpord drive to work, but it think it will be an issue.

If you purchase an externally powered USB drive you should be fine, I am doing the same thing and purchased a 4TB MyBook. SO far, it’s been working fine.

As far as the NAS drive and an external case, that should also be fine as its externally powered.

FWIW, I decided to go with a 4Tb WD Red NAS drive in a Rosewill fan-cooled enclosure. 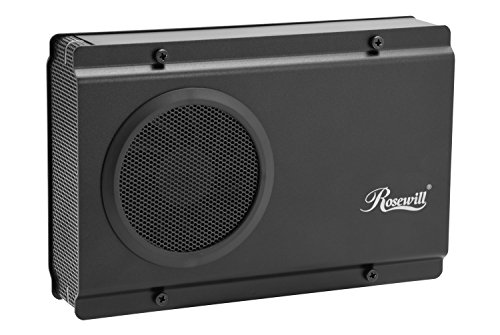