Cannot get thumbnails to appear, seems I tried everything

I feel that I have tried everything, and just dont understand what im doing wrong.  I have a Western Digital TV media player, with a Western Digital External Hard Drive plugged into it.  I have all my movies on it…im beginning to wonder if mine is a lemon.  I have my system setting set to thumbnail mode, and go to my videos…

trying to get a thumbnail of a movie to show named: Top Gun.mpg (not within a folder anywhere, just on my hard drive) I name a photo 200x300 Top Gun.jpg and drag it into the hard drive.  It shows in the Photos area, but the thumbnail for Top Gun.mpg video is the default image of the wd player.

Made a folder in my hard drive named Top Gun, inside that folder I named the same photo mentioned above folder.jpg, nothing.

Made a folder in my hard drive and dropped the Top Gun.mpg video file in there, and also dropped in Top Gun.jpg file, nothing.

I’ve read so many blogs, and it seems its as easy as what i’ve tried above, but I just have never been able to get the thumbnails to show.

Its gotta be something stupid, please help

Do you have media library turned on?

Thank you for the reply, yes it’s turned on, are any of the steps I mentioned in my post wrong for making thumbnails appear?

Which model of media player do you have?

I have the standard Western Digital TV HD Media Player… 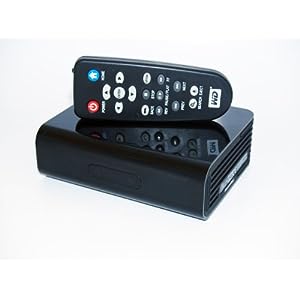