Write speed at 11MB/s only!

What would be the problem please?? In Short:
That’s perfectly normal. The router you’re using only supports speeds up to what you’re seeing. You need to upgrade to a gigabit router in order to get past speeds of 10-12 MB/s.

Details:
So the first bottleneck you’re hitting is the router at this moment. You’ll need to sort it out (upgrade to a new one that supports gigabit speeds) and then check for the next bottleneck if the speeds are still not satisfactory. At some point, you might be able to reach the final bottleneck (116 MB/s read/write according to this page under ideal conditions, which would be the EX4100 itself.

So go ahead and check it out for yourself, at the end of my post is the official page for your router. Navigate to this page and select the “Specifications” tab and under “Features > High-Speed Connectivity” and you’ll see the item “Four 10/100 Fast Ethernet LAN ports gives you high-speed wired connectivity”.

Thank you so much crazy_boy, I didn’t know about these things, I read more about what you said and I found that if I just add a gigabit switch it will increase the bandwidh for the conncted devices. And here is the result, unbelivably fast, so happy with it. 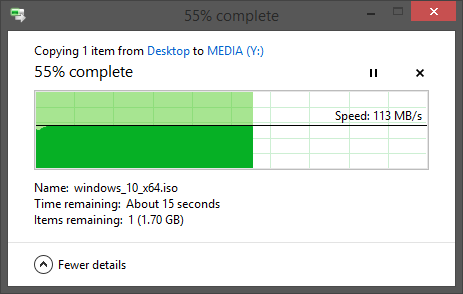 Wow! That was quick! :stuck_out_tongue:

Thank you very much for the update, it’s a great pleasure to see that I was actually able to help you resolve your problem!

Have a great day, Elancore!

Thank you so much crazy_boy, I didn’t know about these things, I read more about what you said and I found that if I just add a gigabit switch it will increase the bandwidh for the conncted devices. And here is the result, unbelivably fast, so happy with it.

So, today, I tried it myself.  I disconnected the switch from the network by disconnecting the Ethernet cable.  I then had m my PC w/attached drive and my DL2100 connected to gigabit switch.  I ran videos from NAS on PC, I transferred a giant video file between the PC and NAS.  I got 113MB/s speeds.

But, I could not have done this without both on the same switch.  And, of course, I did not have access to the network (router) so it’s only for temporary file movements between the two.  I suggest you get a gigabit router so you have access to the full experience yet still use the new switch, too.

For my case I found that I have these options:

Upgrade my current router whcih I bought recently for 60$ with a new gigabit router for at least double the price and ending having 2 routers but still limited to 4 ports.

Or get a gigabit switch for 20$ and get 8 extra ports, then connecting my switch to all devices including the old router.

I will get exactly the same results except that I won’t get faster than 100mb/s internet which I don’t have anyway.