So I have an older WDTV it has netflix on it.  I was very upset that netflix wasn’t on this new one.  I am extremely disapointed in this.  Expecting netflix to be on this one was the main reason i bought a new one for my tv in bedroom.  WDtv needs to make an updated firmware with netflix access on it.  Netflix is one of the more poplular sites its unbelievable to me wdtv left this out. Looks like I’ll be retuning this wdtv unit and looking into a different brand.

So why didn’t you buy the version with Netflix on it which still appears to be widely available?

This new device doesnt have a netflix license like the old one.
So you will need to buy the older one to get netflix working.

Good question. I have owned the Live Plus’s and the Live SMP’s…if there is no Netflix, I certainly won’t be buying their new model. Anyone have any insight as to why WD failed to get a Netflix app for it? Netflix tends to support any device you throw out there, so I am rather curious as to this oversight.

yeah, netflix is not licensing any new devices

this was not a WD choice, it’s that netflix device licensing is no longer available from netflix

any device that had a license will continue to have access

So, no new blu-ray players will have Netflix?  Seems very unlikely that this is the case.

Through the process of ending the program, we will be partnering more directly with a small set of developers whose applications have proven to be the most valuable for many of our members.  Those applications will continue to operate beyond November 14, 2014.  The following is a list of these applications:

That was the public API for PC software and websites to be able to retrieve the Queue and do other basic stuff like that.  Devices don’t use that API.

well take it for what it’s worth, I’m not a WD employee and that was what a quck google search found

Netflix makea the rules, not WD, or anyone else.  Those who first learned of the newest WD player realized Netfix had balied on new products, and have avoided that model.  Do your homework before you buy – and complain to Netflix, not WD, or any other manufacturer dinged by Netflix.

Not saying you’re wrong, because I don’t know.  But do you have anything to base that upon, or a citation to support it besides the post above about the public api that, as was said, didn’t apply to hardware players?

If all we’re going on is our own unsubstantiated suspicions, I imagine that it came down to Netflix naming a price and WD deciding they didn’t want to pay it. You’re left to your own biases to judge which party is being greedy at the expense of users.

Either way – the consumer loses.  Either of us could be correct, although I am betting on Netflix as the culprit – just a gut feeling.  They have a history of getting bigger than their britches.  Remember their big price hike a few years ago that chased a lot of customers away, and which they later retracted somewhat, and also they took on the ISP’s recently by not wanting to pay them “a premium” even though they dump a lot of data into their pipes?  Netflix has demonstrated a Silicon Valley elitism that rivals Apple and Google!

BTW, I could care less if the WD player has Netflix, because I use a Roku for my Netflix fix.  Roku would be the last to lose Netflix – Netflix created Roku.  (So maybe Netflix wants Roku to have an advantage over WD, etc.)  Who knows!

Remember their big price hike a few years ago that chased a lot of customers away,

Which was most likely due to Hollywood trying to kill the Golden Goose, again.

and also they took on the ISP’s recently by not wanting to pay them “a premium” even though they dump a lot of data into their pipes?

Do we really have to go over this again? Netflix pays their provider, I pay mine. There’s no reason whatsoever for anyone else to double dip.

Netflix is overated,  I don’t need it! my vudu & ultraviolet account is packed near 2k movies. Netflix is a virus for the newbie generation. WDTV SDK here we come.

Netflix is overated,  Netflix is a virus for the newbie generation 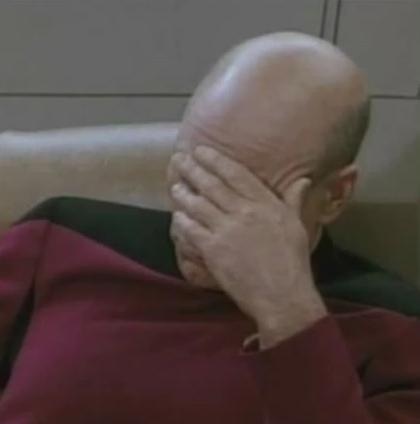 my vudu & ultraviolet account is packed near 2k movies. Netflix is a virus for the newbie generation.

Stew, where did you come from?  Spouting off about vudu and ultraviolet, and dissing Netflix, which you likely don’t know much about.  Netflix was the first streaming service and online dvd rental service – hardly a “newbie” service for newbies.  I have an ultraviolet account for some of my dvds – what a convoluted and frustrating way to stream stuff – had to get a flixter account so I could stream a few measly ultraviolet dvds, and then some of the videos are not streamable to all devices.  Ultraviolet – a kludge created by the movie industry to make life a bit more complicated.