I have a bunch of 3TB RE drives (WD3000FYYZ) that I bought back in 2014. I paid about twice the price per drive because I wanted an “enerprise” class drive for my server, which the manufacturer was confident enough to warrant for five years. One of them failed recently, and should have had about a year of warranty left on it.

I tried to get it repaired under the warranty, but several Western Digital representatives told me the exact same thing (almost as if they were reading off the same script): that the drive in question “was intended for integration into a fully assembled system (e.g., a computer) by a system manufacturer and not for individual sale.” Oh, and that there’s no warranty, fat chance.

You’d figure maybe some shady reseller got its hands on a shipment of OEM drives and just sold them individually anyway. Wrong. I bought the drives from a Western Digital authorized distributor. You’d think that if an authorized distributor has to follow a certain set of rules designed to protect customers from deceptive business practices.

Another possibility might be that I made a mistake and bought the bare drive instead of the retail kit. And that would be wrong again because RE drives weren’t ever sold in shiny retail kits. I spoke with the authorized distributor and they said that I should have registered the drives when I got them for the five year warranty. That seemed odd because it was not a policy in 2014, when I bought the drives.

Assuming the “authorized” distributor did mess up and gave me the wrong drive, I’d expect WD to step in and correct the problem rather than let their customers get caught in the crossfire. Or maybe WD decided at some point their finances are not that great, and they’ll do anything to cut costs, maybe even weasel their way out of warranty obligations. When did WD start mis-honoring their advertised warranties?

Do you still have the receipt?

you can check the serial numbers of all your drives at

Thanks for the info. I sent the receipt to WD reps twice. The receipt even had the serial numbers. I got the same answer each time, unfortunately.

Did you check the serial number of all your drives at

and what was the result.

"WMC1F1934539 OEM Product WD3000FYYZ WD RE / WD RE4 -
Western Digital does not provide Warranty Service for OEM Products.
Please contact your distributor or place of purchase. "

And that’s the thing. RE drives were only ever sold as “bare drive”, with “5 year limited warranty”. Here’s a snapshot of what I bought back in 2014:

Where To Buy | WD

Buy WD external hard drives, portable storage and more directly from our site, or visit one of our partner retailers, resellers or distributors. 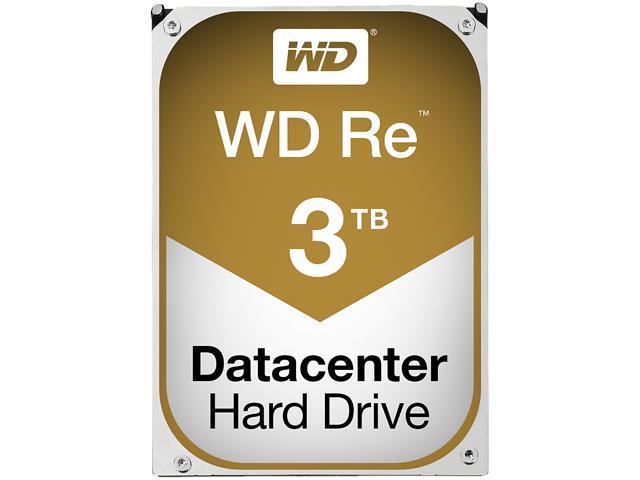 Search for the following review

I called Western Digital and they claim that these drives are not covered under warranty as they are considered OEM drives.

OEM Hard Drives that are used by Computer manufactures.
are similar to the retail white / brown but the label on the hard drive is different.

To answer your original question
When did WD start mis-honoring their advertised warranties?

According to the review on Newegg it was 2013.

The label looks almost identical to the newegg image, except that the bottom (on the yellow background) says “Re HDD Durability”.

I’ll insist a little more with WD customer support, and ask for a manager. This whole situation is a bummer, since I’ve been buying WD drives from Directron for a long long time, and never had such an issue before.

Just a little update. I complained to the BBB, threatened to sue WD under the Texas Deceptive Trade Practices Consumer Protection Act. They agreed to update the warranty, and shipped me a replacement drive.

I’m glad I finally got this resolved, but it has been a bit of a headache. After being a faithful customer for almost two decades, I’m now very hesitant in purchasing western digital products again.

According to their warranty policy, as long as you bought the drive from an authorized dealer you should be OK. They do not honor warranties on drives that were part of systems, for that you need to contact the system builder (who presumably are the ones who would have to get warranty service from WD).

The warranty policy on their web site specifically refers to kits (ie hard drive along with all of the associated cables etc) as WELL as stand alone drives (the ones you buy in sealed antistatic packaging.

Point this out to the CR doing your service call, and if they won’t budge then ask for it to be escalated to a higher level. The warranty policy is quite clear. As long as you buy from an authorized dealer and it is not part of a computer you are covered.