What will you eventually replace your WD Live with?

My WD Live is getting on in years so I looked around for an eventual replacement. Another or newer version WD Live would be fine. However it seems the WD Live is ‘discontinued’ or ridiculously priced -

I use the WD Live mostly to play ISO files off of a 3 gig hard drive connected via USB. What other media players are out there that are capable of handling ISO as well as the WDLive and have the same or better features ?

ps. dunno what currency your are .but the New 2014 WDTV Retails were i live is $149 AUD
https://www.jbhifi.com.au/computers-tablets/accessories/wd/wd-wdtv-media-player/609445/
WDBYMN0000NBK is NTSC
WDBPUF0000NBK is PAL

Hi @DarkMyst - Have you tried looking at the WD Store?

We are currently selling it for $79.99 although it is out of stock at the moment.

Thanks guys !
This is very strange, every retailer I look at says this is discontinued. Yet you are saying I can still get one.

Amazon had two offers that were ridiculously priced and nothing else available at all.

Here is NewEgg… Out Of Stock 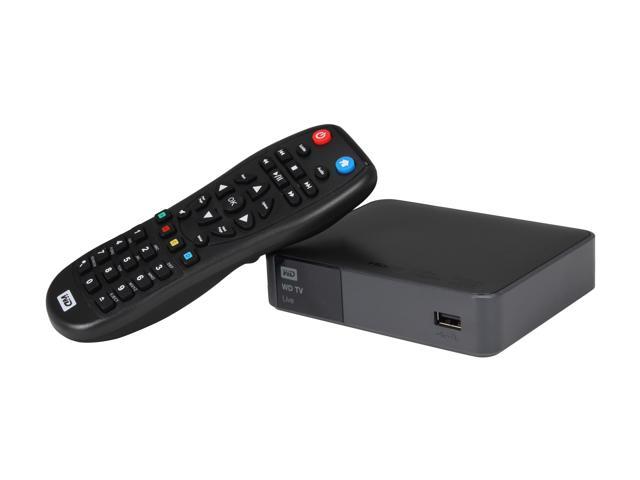 Im really surprised because when I first bought mine a few years back everybody was carrying these. But it seems now they’re very hard to find

Am I possibly not looking at the correct model number ?? I have the ‘Live Streaming’ and I noticed there is a newer (?) model out called Media Player I believe. Is that correct ? When did this ‘newer’ model come out and what are the differences. As I said I use it to play standard non Blue-ray ISO files from a HD connected via USB.

If there is a major retailer with one available please leave a link.

around December 2014 and it does not have Netflix (apart from that, it’s identical hardware)

i you can’t find one at a major retailer, i guess try your luck with Ebay

Thanks Joey… I’m tempted to pick one up now – just in case. Since there doesn’t seem to be anything else that can handle ISO files

According to wiki
As of August 2016, there is no mention of WD TV on the Western Digital website and all these models appear to be discontinued.
I have to admit loving my WDTV, however its getting old and I find playing 1080p movies can occassionaly cause freezing (this is very minor and only occur each 10 movies when I am using a local drive, but over the network its more common). I wish WD came out with an upgrade, but alas I think I will need to investigate alteratives. Currently I am testing a roku and a NEO X8-H.

Definately discontinued. Ebay is the place to go. When there was the issue with them locking up a few months back there were quire a few for sale as people (not members of this forum) tought they were bricked. I got one for £5… sold as spares or replair! There was nothing wrong with it!

This is a very worn out topic in the forums for all models of WDTV. Search the forums. They are basically GONE – WD hasn’t made any for a few years.

So, if you want to replace your model WDTV, OR want another one, here is an idea:

I have two WDTVs in my system, but when I got a third TV for the guest room this summer, I added an Amazon FireTV (there are two models; the stick and the box; I added the Stick.) I also loaded the media-player app Kodi on to the FireTV. It plays ISOs and just about any other common video formats, as well as music/photos, and is almost like having another WDTV. Affordable, too, Stick is around $40; box is around $99 – both less when they are on sale…

Mike, can you elaborate further ? Does the FireTV play ISO out of the box, or do you need additional software/ modifications ? And what are the main differences …

Interestingly it’s odd that WD just dropped this whole line of players. They had a real winner, why would they give up on a great product ? Does anyone know ?

I loved my WD Live streaming, but I replaced it with Raspberry PI, that piece of hardware is awesome!!!

Mike, can you elaborate further ? Does the FireTV play ISO out of the box, or do you need additional software/ modifications ?

As I mentioned above, the FireTV needs to have (Android ver.) Kodi app installed on it.

Videos of how to install it are all over YouTube. Here is a RE-DO of one I used the first time, but for a second install on another FireTV it had issues due to Kodi website changes and I had to come up with a mod that worked for me… This video re-do looks like it should work fine.

I only used it to install Kodi, not the other apps (starting with Fusion) the guy has us install, but maybe it will work right in this new video, so I may go back and install Fusion. Don’t need it for watching one’s ISO, etc. videos library though, but it opens the FireTV to more content which could be nice…

Good luck with this task.

Thanks Mike, I will definitely look into that !

Manac, thanks also, the Raspberry PI 3 also looks like a great option !

I spent a little time last night on UTube looking over the Fire TV and Raspberry PI. They and a few others look to be great options. That and until I read your posts I wasn’t even aware of Kodi.
One last thing, on UTube I couldn’t get a feel for the Kodi interface, is it as smooth and organized as the WDLive ?

I couldn’t get a feel for the Kodi interface, is it as smooth and organized as the WDLive ?

As a long time WDTV Plus user, who has been using Kodi for less than a year, (I still prefer using the WDTV) the short answer is yes, more or less. A WDTV user can get the hang of it rather quickly for basic operation.

My WDTV is wired with no jitter, etc in video quality. Since the FireTV is only a wireless device, I was concerned about video from my wired NAS having issues, but on the 5G signal it works fine for me on two different Fire sticks. If I were buying again, I would get at least one Fire box unit (for main TV).