So I build a desktop computer about 2 months ago and I am using a WD Black 1 TB hard drive, and I have noticed that it has been performing very poorly. It was purchased used from Amazon. When playing large games like Rainbow Six: Siege or GTA V, the disk is shown in task manager with 100% being used, and everything including the game runs very very slowly. 100% usage is shown when around 40 MB/s are being used. This is very frustrating as while playing Rainbow Six, everyone else in the server finishes loading before I do, and on occasion the game runs very slowly the whole time. A lot of lag occurs while traveling very quickly in GTA V causing the map to be loaded in quickly, but to me it seems like it should be performing much better than it is.
Here is the link to where I got the drive: 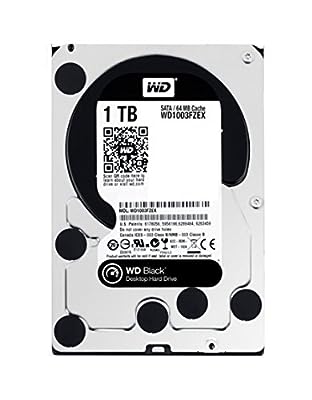 This Wd Black drive delivers improved performance that heightens the experience in your PC playground. This performance drive offers enhanced features over the previous generation to maximize system p ...

I recommend you run a diagnostic using WD DLG.

It passed a quick test.

Do you have an ATI graphics card? If so, see:

Chkdsk didn’t seem to do anything. I replaced the drive with a Seagate and, (edit) - it developed a similar problem too, although not seeming to occur as frequently. I think I have now figured out the issue. I was noticing my computer was going into hibernation mode even when the power profile was set never to hibernate. Looking at the event log I saw the following at the time of the hibernation - “The system firmware has changed the processor’s memory type range registers (MTRRs) across a slee…