Performance problem with SN_BLACK 850 2To

Hi,
Plugger on Aorus B550 Pro v2 and PCIe Gen 4 slot (confirmed on the WD software).
I use it for game storage so no OS installed on.

BIOS version is F15C.
Tried CrystalDiskMark and here is the result: 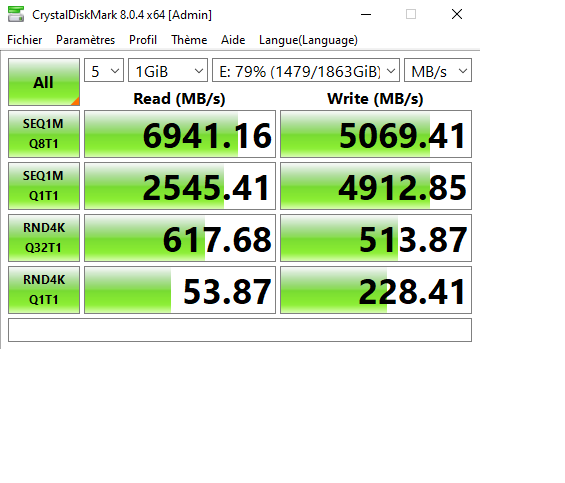 I feel like the SEQ1M-Q1T1 and RND4K-Q1T1 read speeds are low (maybe some low perf’ on Write, idk)
If anyone can help/confirm my thought, greatly appreciated !

Anyone for help please ?

Hello, I made a post that could help you.
TLDR: Some Antivirus can interfere with the benches. You could try benching with the Antivirus disabled but it is putting you at risk.

Hello guys, I have an SN850X and had issues with the writing speed being in the 3GB/s area in some benchmarks. After digging around the forums I gave up finding a solution because I was not too troubled by it. Then I saw that DirectStorage was disabled because of a driver issue. The driver was called MBAMFarflt. After doing some searching I came upon a forum post at MalwareBytes forum and reddit. Turns out some Antiviruse programs can interfere with the storage stack. I did some tests and disabl…

Hi, thanks for the tips, I’ll check if Windows Defender interfere with it or not !

Nope, Windows Defender off, pretty much the same results: 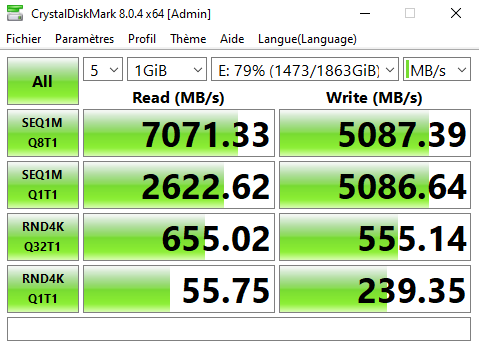