Hello - I have a customer with two WD Passport drives that I want to use to backup his system. Because of the backup software that I’m using, (CrashPlan – Free,) I’d like to have the system define the same drive letter to the drives every time they are attached. Also, I want him to be able to intermittently swap the two drives out, so, I’d like the system to use the same drive letter for either of the drives that are attached. (He will never be using both at the same time.) In other words, if he plugs in drive-1, I want it to be recognized as, say, the G:-drive, and when he disconnects it and reconnects it, I want it to again be the G:-drive. Then, when he disconnect drive-1 and plug in drive-2, I want IT to show as the G:-drive, too, again, and every time he uses it. This SEEMS like it SHOULD be easy! However, I haven’t been able to get the OS (Win 7 x64 Professional) to do this consistently. What am I missing??? HELP!!! Thank you!

Have you tried this? 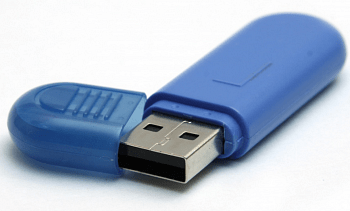 Each time you plug in a USB drive or SD card in a PC, Windows gives it a dynamic alphabetic letter. Here's how to give your drive(s) a permanent letter.

Thanks! I’ll give it a shot. My one concern that makes my “case” a
little different is that I want two separate devices, to reiterate,
though, NEVER being used at the same time, to always have the same drive
letter whenever either one is attached.

May be next week till I can try this, but I will, and will let you know
either way.

Yep, I’m tracking with what you’re trying to do. The instructions linked above (and quite a few others like that) don’t say it WONT’T work with multiple drives only attached one at a time, but I suspect what it’s doing is just setting a registry key to recognize the UUID of the drive and always map the same letter to it when it’s connected.

Of course, if you DO connect them both at the same time, windows won’t have any choice but to assign a new letter to the second one.