HDD waking up from sleep every hour

Personally I turned off the NAS to avoid damage to the HDDs. The sleep-wakeup cycles had a frequency of more than 3-4 per hour.

Hello guys, my EX2 ultra also wakes up ever few hours, or sometimes even after 15mins of sleep during the night.
I use hibernation option as it helps sleep 100% but that’s not a solution.

Should I wait for the solution or return it under warranty?

@someluke1 This issue is resolved on Firmware 5.08.115. However, the latest firmware is 5.09.115 and I would recommend to update it to the latest one.

For more information, please review the below link

Release notes for the new firmware update don’t mention HDD sleep/wake issue at all. Updating now, will report back over the weekend

@htb I can confirm sleep/wake issue isn’t resolved in 5.08.115, multiple users have complained about it in this and other threads. Quick question - does WD still have any engineers left on its development team?

TBH: I don’t ever see the unit attempt to sleep.

How are people without special tools tracking the wakeup?
The log files seem to now be different.

the slow flash in sleep mode or disk active noise is what most people will observe .

case temperature or power usage for a non software indication.

It still shows up on the log - you can see consecutive entries for HDD x waking up and sleeping. However, things have definitely improved over the multiple firmware revisions. 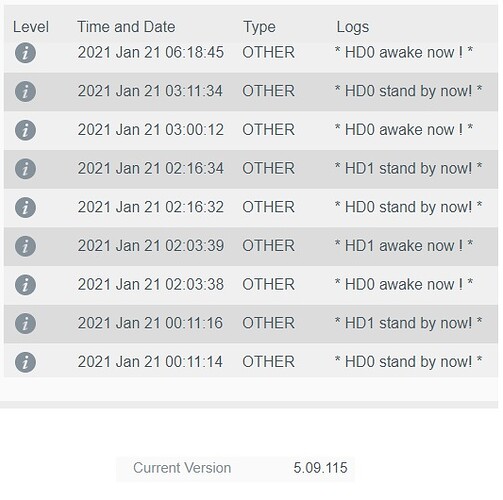 @someluke1 Please create a Support case, generate a system logs and add the logs to the case. Then share the case # here for me. without system logs I cannot do more.

How to Collect My Cloud System Logs

Learn how to collect and view the system logs from your Western Digital My Cloud storage device.

Assuming WD engineers actually use WD NAS, it’ll be too easy to recreate, just install OS5 and observe over a couple days, no need of getting logs from users

UPDATE: I suspected that a cloud-related process might be responsible for the hard drive sleep issues, so I performed an experiment. It’s been 12 hours straight since I killed the following processes, and my hard drives are still asleep.

Sure. . .kill all the web related applications. Then it goes quiet. DUH.
Isn’t that a bit disingenuous?

Assuming WD engineers actually use WD NAS, it’ll be too easy to recreate, just install OS5 and observe over a couple days, no need of getting logs from users

sure. . . .but getting logs makes the company seem responsive; and shuts up the complaining user.
You don’t see too many resolutions after logs are sent.

As I mentioned once before, “sleep” is a huge issue for these machines. And not a new one. Frankly, I never see either my OS/3 or OS/5 device sleep. Especially if Plex is enabled.

My solution is simple: Default position for the devices is “off”. The OS/3 drive is on more often than the OS/5 drive… . so it sees more run time. . . but that’s why we have Red drives in there.

A lot of complaints about OS/5 resolve around fundamental design decisions regarding web access and indexing.

For example, the decision to trawl (index) an entire share for content is fundamental to the architecture of the web service. No way (from a management perspective) to unwind that decision easily. As for the fact that indexing is super inefficient and locks up the units for days . . . I suspect the problem is inherent in the design of the software. . . .and would not be an easy (cheap) code modification.

I use an imaging program called FastStone. From it’s behavior, it also indexes content and creates thumbnails. I hardly notice it working. (I think it does directories on the fly; as opposed to indexing the entire ****ing hard disk as soon as it is enabled. . .that’s a huge difference.)

But from everything we know, isn’t it fairly common knowledge to people roaming these boards “the cloud” are the root of 90%+ of the problems in OS/5? restsdk.sh is the home of most of the WD app. . . .so isn’t turning it off essentially saying the cure for headaches is to stop breathing?

problem with some other company, but to gain the company’s interest and fix the problems, users spammed every tweet from that company until thet got help

In this case, nothing less than a significant decline in sales or a sharp rise in returns will force WD to pull their heads out of their asses. I’ve been looking some of the bugs you’ve identified and it’s shocking how these slipped into production.

That is probably what generated OS/5 to begin with. . . . .declining sales.

Somehow. . .I don’t see it stopping the descent.

I do not feel able to explain the problem properly in English on the phone, someone tried to call them? 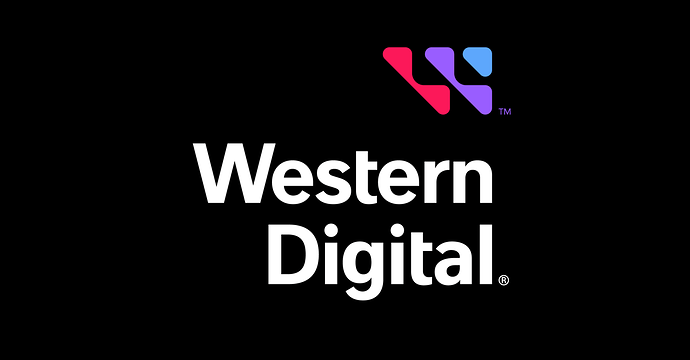 See a list of Support contact phone numbers from around the world. Please note that this is the contact page for support, not the corporate page for contacting Western Digital, which includes information on sales and product inquiries.

Don’t bother, customer service has absolutely no idea about these things. They’ll ask you to restart even if you tell them weather outside is uncomfortable, while they dig up some KB matching what you said. In this case, release notes would say this issue has been fixed, so after restarting they’ll ask you to reset the machine and then the trail runs cold.

If you scroll up, I was asked to share system logs (which I did), absolutely no response or follow-up after that. This issue persists after supposedly being fixed in 3 firmware releases (as per official release notes), now I think they’ve given up and don’t even target this issue in firmware releases anymore.

any update on my case pls?