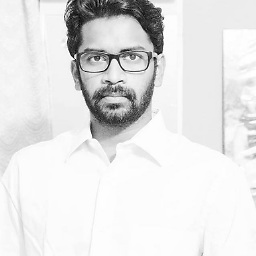 I have followed your tutorial and have access to the DSM webgui. Unfortunately I get the message ’ no hard disk found’ … What am I doing wrong? Is it because the HDD is still labeled as ‘gpt’?

Thank you Fox_exe and Evostar , I managed to settle here dsm.
Probleme this one a no serial number, and then I indicate this number?

and all my Data will remain untouched ??
are positive of that

Yep.
Not tested, but should work (Maybe need align in sectors, but i thinks this can work in MB)

there is still the ‘no hdd found’ problem. Is there any chance someone can give me a hint?

just registered to tell you how glad i am that you share your work here. I received my WD My Cloud today and immediately installed Debian Jessie on it - works like charm. Is there a possiblity to donate a few bucks to you?

Unfortunately the network speed is very poor (especially FTP which gives me 3,9mb/s, SCP does 7,9mb/s), but i guess that is a hardware issue.

Best regards and keep up your great work,

hi i’ve been using your omv firmware since last year without any problem.
but today i tried to add Google DNS adresses in webgui and something went wrong. since then i couldn’t reach the nas anymore. can you help me please?

Tried your advice and it works until the next reboot. Have to put the hdd back to my linux machine and run it all over… Why is that? Thanks for help

Since you have the knowledge of using the recovery packet. What do you think about the
ability to use the recovery packet to upload a special version of Linux that would capture the log files to the users PC. This would be a great help in determining why a device won’t boot.

Use “recovery” package for that, then just mount rootfs and see what you need.

All files available in Google drive folder and my site. See in header of this thread.

Just to be sure. I can use this procedure up to the point of telnet. Once I telnet in I can run my commands. When I’m done I can reboot the My Cloud and it will be back to normal. I don’t want to over write anything on the My Cloud.

FOX you are my man

it worked perfectly, I moved to DSM and all my data are in place and and all the services i had before are up and running in the new DSM ( transmission , Wordpress )
Overall rating 10/10
DSM is much more flexible and Most of my previously made scripts to automate my tasks are already built in with no effort
My WD cloud now is officially a station full of potential not just a dummy SAMBA box